I arrived in Dublin absolutely exhausted. Since my flight was overbooked, I opted to be bumped in exchange for a $400 voucher from the airline. The downside was that my quick flight to Dublin turned into a long flight to Italy and then on to Dublin. All those extra hours crammed into the plane wasn’t the greatest, but I knew I still had to buy a return ticket to the States at the end of my trip in order to get my Visa before flying back to Spain for my job, so I figured it wouldn’t hurt to have a little extra money in my pocket.

My time in Dublin was an adjustment for me. It was my first stop on my trip and I’d been living in New York for 4 years, so the change of pace was quite different. I spent my first day just walking around town. I found it interesting that I saw more tourists that I did locals as I walked through the streets. I stopped by Trinity College and saw the Book of Kells. I also took quite a few pictures of some miscellaneous churches and buildings. (I’m a bit of a nerd when it comes to history and architecture.) After spending the day walking around town, I wasn’t feeling too dazzled, so I decided to book a guided tour my second day that would take me outside of the town.

Now I have to say, I’m not a huge fan of guided tours in general. I typically like to walk around at my own pace. But I’ve also learned that sometimes you’ll miss out on learning quite a bit if you don’t have someone there to tell you what you’re looking at. So what did I learn in Ireland? Who knows if this is all true, but according to my tour guide:

Both Braveheart and Saving Private Ryan were filmed in Ireland. Because Ireland doesn’t charge Hollywood taxes, it became quite a popular place to film. When the rest of Europe realized how much money Ireland was making due to the movie business, they decided they wouldn’t charge taxes either. So Ireland decided to do one better and told Hollywood they would provide all the extras for free. How could they afford this? By using the Irish army. Apparently all the extras in Braveheart and in the first 10 minutes of Saving Private Ryan (when they’re on the shore) are from the Irish army. In fact, there are 26 errors in Braveheart all due to the Irish army, such as scenes where people are fighting and in the background there’s a group of guys standing around smoking.

The tour was so fascinating that I keep telling myself I need to watch Braveheart again just to see if I can catch some of these mistakes. The problem is, the movie is so good, that every time I try I get distracted and forget to look for them. Have you caught any of the 26 mistakes when watching the movie?

Other cool sites I visited on my second day:

Slane Abbey/Hill of Slane
St. Patrick was the first Christian missionary to come to Ireland. In 433 AD, he lit the first Paschal Fire at the Hill of Slane. This fire represents Christianity, and according to legend, when the High King, Laoighire, saw the fire he thought it was an act of defiance against his own pagan gods. Even though, the High King remained a pagan he allowed St. Patrick to convert the people to Christianity. Shortly after this a monastery (Slane Abbey) was built on the site of this fire. Later a college was built nearby to serve the church. Ruins from the church and the college remain today. 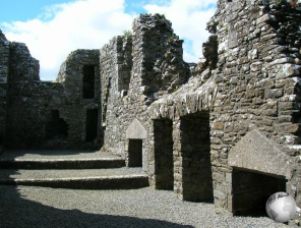 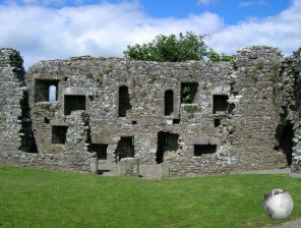 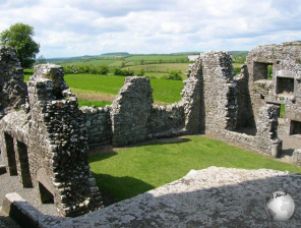 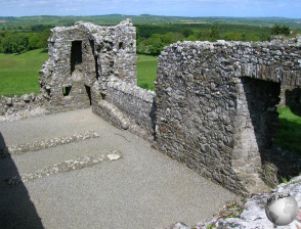 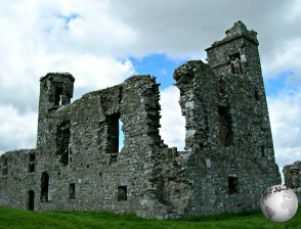 Tara
This was the religious center of pagan Ireland. There are over 30 monuments that are visible on the hill. 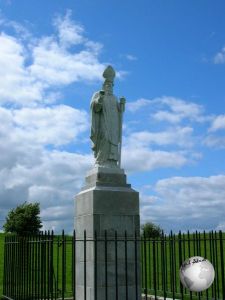 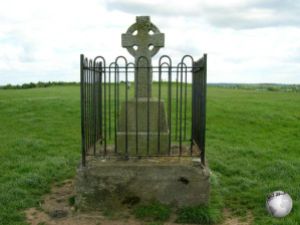 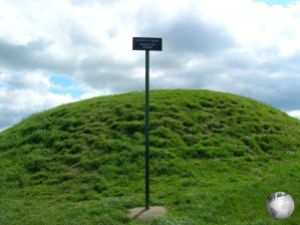 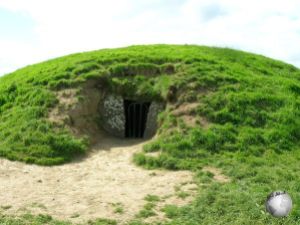 Mellifont Abbey
The first Cistercian abbey to be founded in Ireland in 1157. It was eventually dissolved by Henry VIII in 1539 when he was trying to control the church. However, the abbey was prosperous until that time. Very little is left of the abbey today, but some ruins still stand. 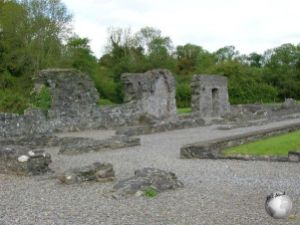 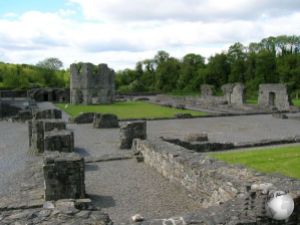 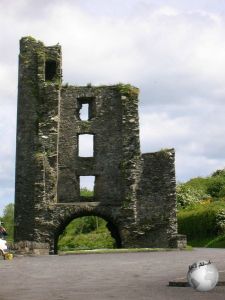 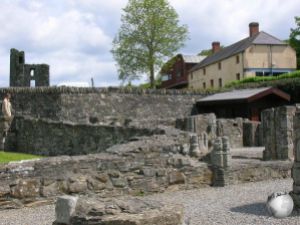 Fourknocks Passage Tomb
Built between 3000 and 2500 BC. Passage tombs were built by farmers and consist of communal burial chambers. They are often decorated with abstract art. Archaeologists have found remains from more than 65 adults and children in this tomb. On one of the stones, there is a carving of a human face, the only definite representation that is known from this period. 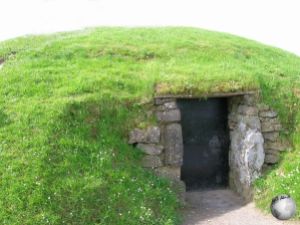 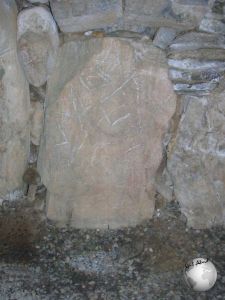 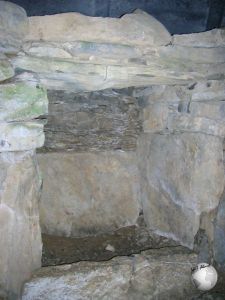 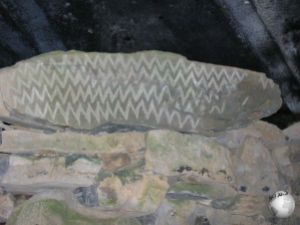 Being somewhat of a city girl at heart, I thought that Dublin was a little too small for me, so after a few days, I was ready to move on. I was really looking forward to the craziness of London and Paris, but first I had to stop in Belfast.