Going to school in New York, one of my closest friends was from Belfast.  After 4 years of getting to know her and her family and hearing their stories about the history of Ireland, I was very excited to visit their homeland.  In truth, I think I was really just hoping to meet people just as boisterous, funny and welcoming as they all were.

I wasn’t disappointed by the friendly nature of the Irish.  Once I my train arrived, I had to catch a bus to my hostel.  I found the correct stop and got off but then had no idea which way to go.  I asked a middle-aged woman if she could point me in the right direction.  She walked with me for about 6 blocks, chatting about Belfast, where I was from and how interesting it was that I was traveling by myself (although I should be very careful as a single woman.)  When we got to the corner of the block where the hostel was located, she smiled and said goodbye and then turned around and walked back the way she’d come.  This woman that I’d just met had walked 6 blocks out of her way, just to make sure that I arrived at my hostel okay.  I knew then that I was going to love this country.

I got situated in the hostel and met some new friends.  I met 2 Danish girls, Sophie and Lise, that I spent most of my time with.  They also taught me a lot about backpacking, especially in regards to how much I packed.  I didn’t think when I packed my bag that I was taking too much, but I had to admit that it was quite heavy and bigger than theirs, and they’d been traveling for longer and had done some camping.  I had originally packed everything with the idea that it could be thrown out at some point during the trip if need be, but once I was actually in Europe and it was all I had from home, I found myself very attached to it.  I decided that despite their sound advice, I was going to keep everything at that point.  But I made a decision then to never over pack again.  (And for anyone who knows me, this probably explains a lot about why I am the way I am.)

We spent our first day walking around the city, exploring various sites.  We went to museums, including the Northern Ireland War Memorial Museum and passed several churches, some of which were condemned.  We also toured City Hall which was built by citizens after Queen Victoria gave the town of Belfast the status of a city in 1888.  It took eight years to complete the building. 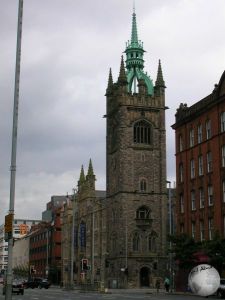 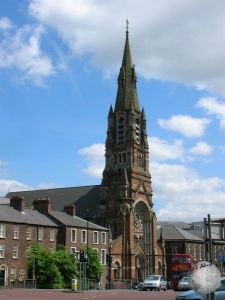 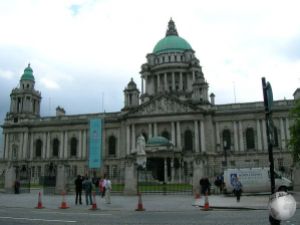 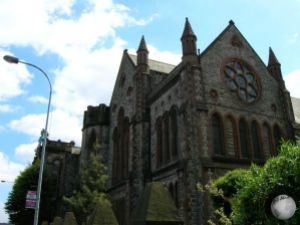 We also stopped by the Belfast Cathedral. 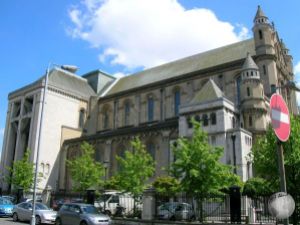 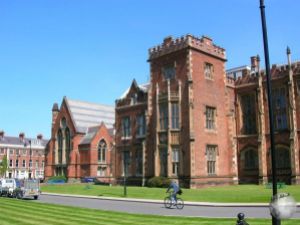 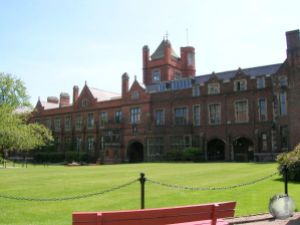 It was also on our first day together that Lise and Sophie taught me how to lose a little of my American mindset to make sure that I enjoyed my trip.  This included my level of cleanliness.  Europeans aren’t afraid to sweat a little and I found that I loved that mentality.  It also was probably good for me to embrace it considering I was moving to Spain after this trip.

They also taught me how to relax a bit more and just enjoy being in the moment.  Americans are always running from one thing to another, calculating our time, making sure we can fit everything in, even when we’re on vacation.  I was astounded when we were walking around the city and Sophie and Lise stopped to take time to sit in a park and eat ice cream.  I was thinking of all the things that I still needed to do and see while in country.  They laughed at me and told me that part of enjoying the culture is appreciating the little things too, like relaxing in the park.  They didn’t know it, but that actually became one of my favorite things to do from then on.  In fact, to this day, I still love lying down in the grass in a park with the warm sunshine on my face and taking a brief nap.

Our second day was filled with learning more about Irish history and the conflict that has existed in Belfast for years between the Protestants and Catholics.  At the time, it still wasn’t safe to walk alone as a tourist in West Belfast, so we took a Black Taxi tour to see these murals. 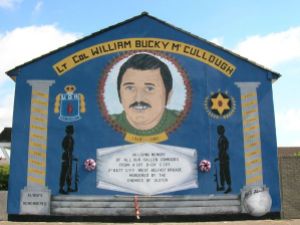 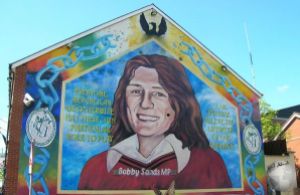 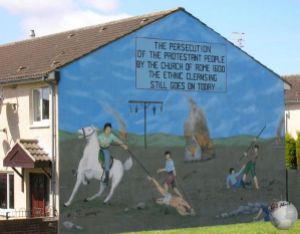 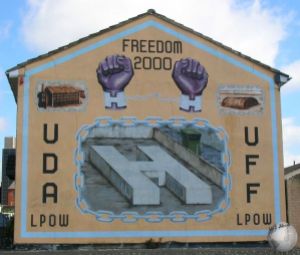 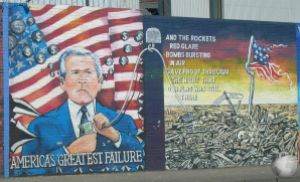 There are several ‘Peace Walls’ that were built to separate Catholics and Protestants.  According to our driver, there were 26 walls in Belfast alone and 45 across all of Northern Ireland.  There are messages of peace written on these walls from people all around the world.  There have been talks in recent years to remove these walls, but emotions are still high in some areas and many locals are supportive of keeping the walls in place. 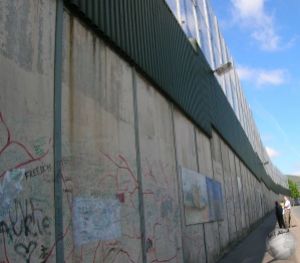 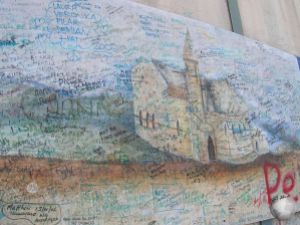 We also visited Ulster Museum, whose exhibit was titled ‘Conflict: The Irish at War.’  It chronicled conflict starting back in the Mesolithic era (7,000-4500 BC), but the majority of the information was on modern conflict and included information about those who’ve died over the years and how they lost their lives.  It would be impossible for me to adequately summarize hundreds of years of conflict in a few sentences on my blog.  But I will say this, from an outsider’s point of view:  Visiting the mural and the Ulster Museum were interesting and eye opening for me.  While it’s good that the Irish remember their history and those that were lost, it’s hard for me to see how anybody could get over the existing anger when they’re constantly reminded of what a tragic history they have.  I can’t begin to understand what it would be like to grow up in such an environment but I hope that people on both sides of the conflict can find a path for resolution and healing.

After our emotional day absorbing violent history, we decided it was time to get a drink.  That evening, I went to The Crown Bar with Lise and Sophie, which was very cool.  I’m not a huge fan of beer, but I did try Guinness.  I didn’t think it was quite as bad as the beer back home, but still wouldn’t say that I actually liked it.  I did find that I loved the cider there.  I was intrigued by the fact that some drink cider and black current, which was also quite good.  After a couple drinks, we had some good food and then went back to the hostel to go to bed.  We had to be up early on day 3 for our daytrip to Giant’s Causeway. 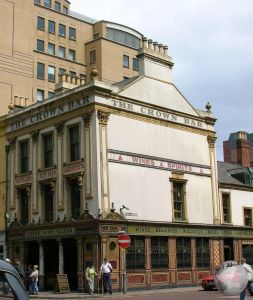